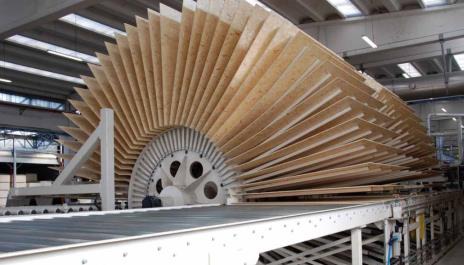 Production has reached a level of € 1,545 million, with a slight increase over the previous year. Exports, despite being our industry's strength, are down by 2 per cent, although this figure is still comforting if we think about the drop of 3.6% in the final figures for 2013 and 8% for 2012.
Imports ­- which physiologically account for a little under a quarter for the Italian market - are levelling off at € 118 million, down by 17.5 per cent compared to 2013.

Despite the considerable levels involved, the trade balance is steady and the Acimall Studies Office expects it to remain at around the same level as for 2013. The 9.1 percent growth in sales on the home market is encouraging (2.9 per cent in 2013) and is the result of government investment incentives (due, primarily, to the Sabatini Law).

Trends in the various geographical areas will be a decisive factor; for next year the situation will be stable in the EU, Africa and China. Italian wood-processing technologies are likely to suffer a harsher fate in South America and Russia, due to their current political situation. After many years of stagnation,more optimistic forecasts are seen on the home front, and for North America and Asia in general.