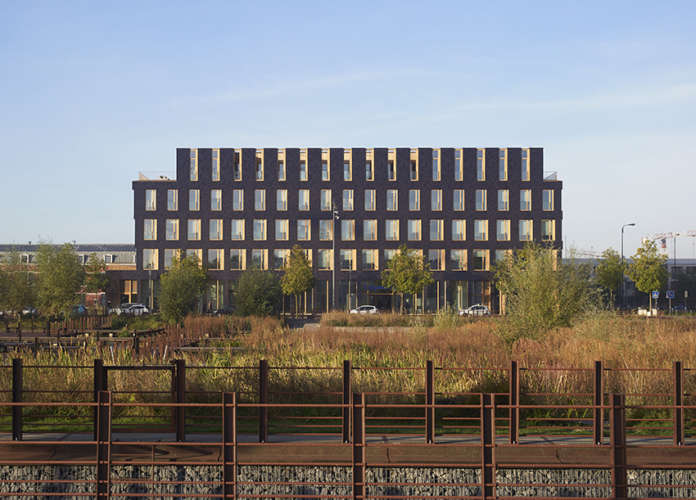 This project is located around the edges of the water garden in the ZAC (joint development zone) Rives de la Haute Deûle. It extends from the refurbished Le Blan-Lafont factory and the Hegel quay, which runs along the Haute Deûle Canal. The quality of the site is the fact of associating the monumentality of the framing of the Le Blan-Lafont factory with the poetic landscape of the water garden. This project is the result of an encounter between a site location where brick is the main historical and contemporary architectural material and source of esthetic unity of this part of the city and the enterprise TERENEO, a developer having earned its reputation with the construction of tertiary buildings with timber frameworks. This blending of wood and brick echoes the story contemporary development in this area. 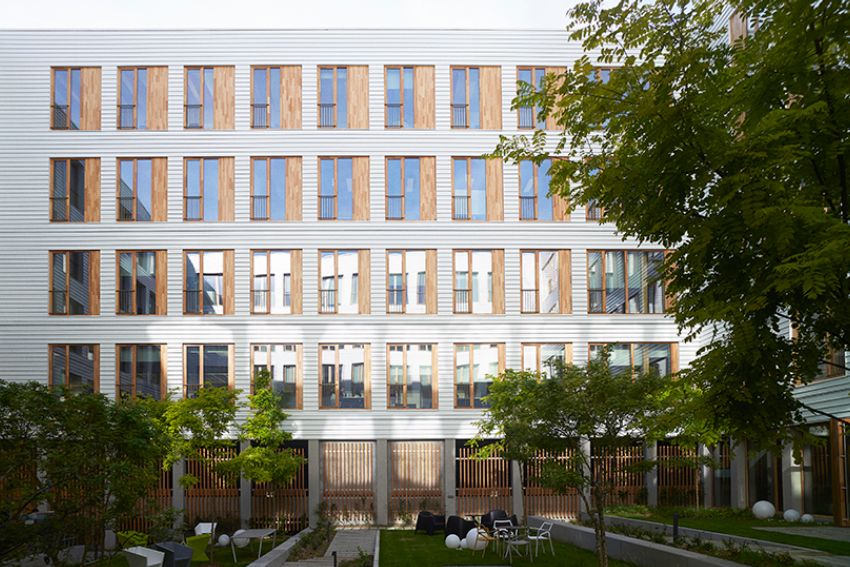 Within this unifying architectural presence, the building’s façades vary according to the urban context: either very insulated or very open, depending on their exposure to bioclimatic conditions. The building is certified Bâtiment à Énergie Positive (Energy Plus Building). The project’s composition consists of a stratification of three registers. The lobby with access to the parking garage and its 142 spaces comprise the ground. The second level is a sort of classic “in-between” containing offices at the front of the building. The third and final level is built as a penthouse-type floor with a setback. At the building’s core a private garden patio is also accessible to all the occupants of the building. This layout ensures interior calm and light flooding into the office areas while it also highlights the landscaped composition of the soil-grown garden. 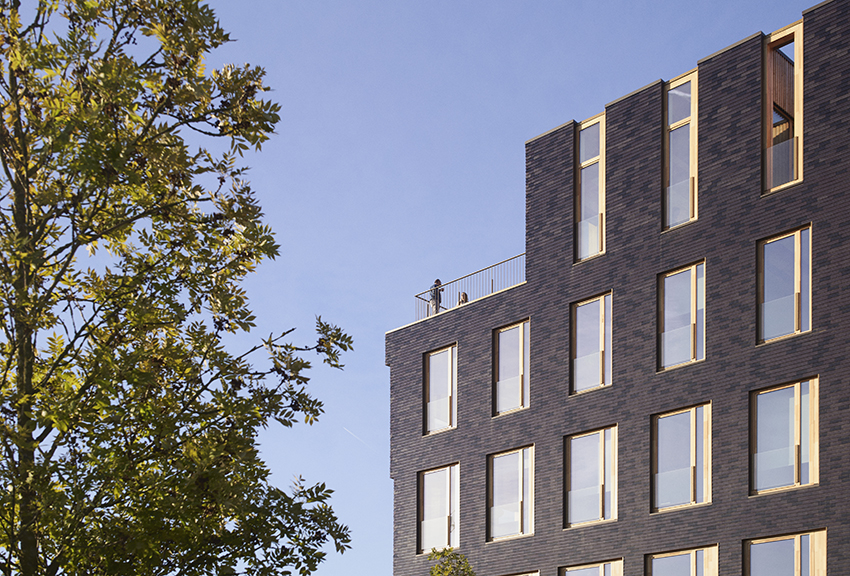 The project consists of a concrete substructure rising from the central core to the roof (staircases, elevator and lavatories) and a wooden primary and secondary structure, also from ground level to the roof. In the office areas, columns, beams and undersides of timber slabs are left exposed and structure the interior design. The wooden elements infuse the interior work spaces with a warm and contemporary atmosphere while also enabling users to easily grasp the function of these exposed assemblages. The use of wood offers a considerable advantage for meeting the growing demand for office space in this district. In addition, wood interiors reflect the tastes of investors and digital economy companies settled in the area owing to their highly sought after ambiances and environmental aesthetics so appreciated for new ways of working. 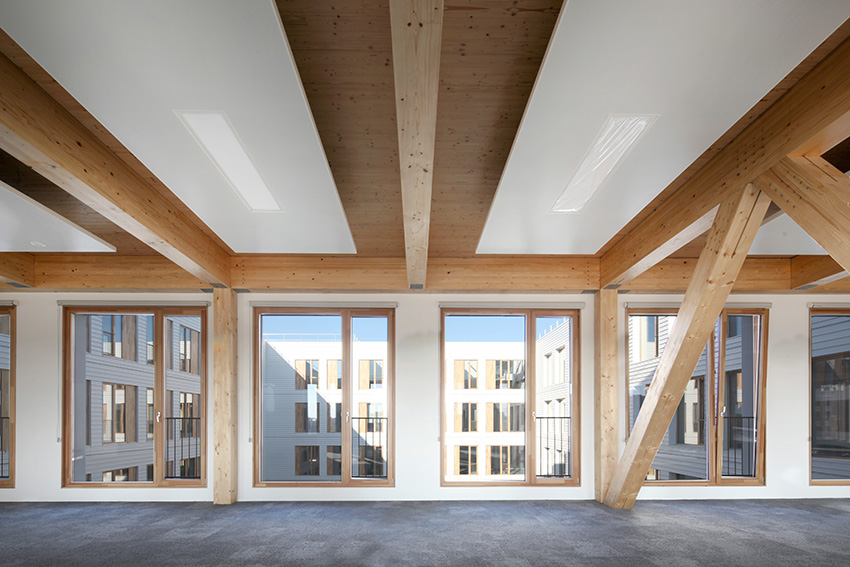 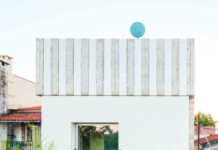 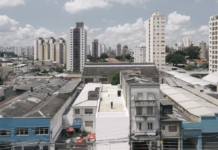 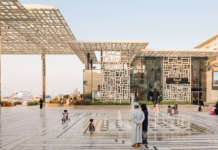 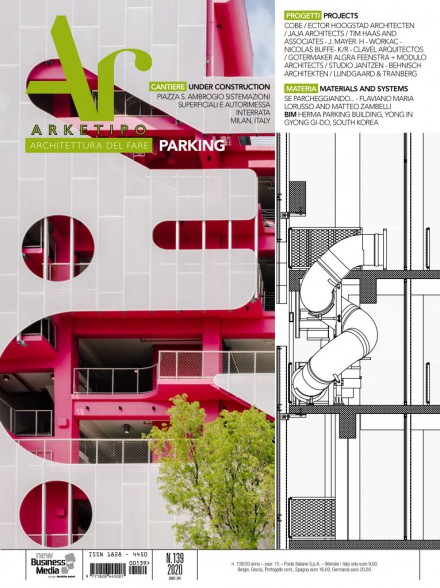