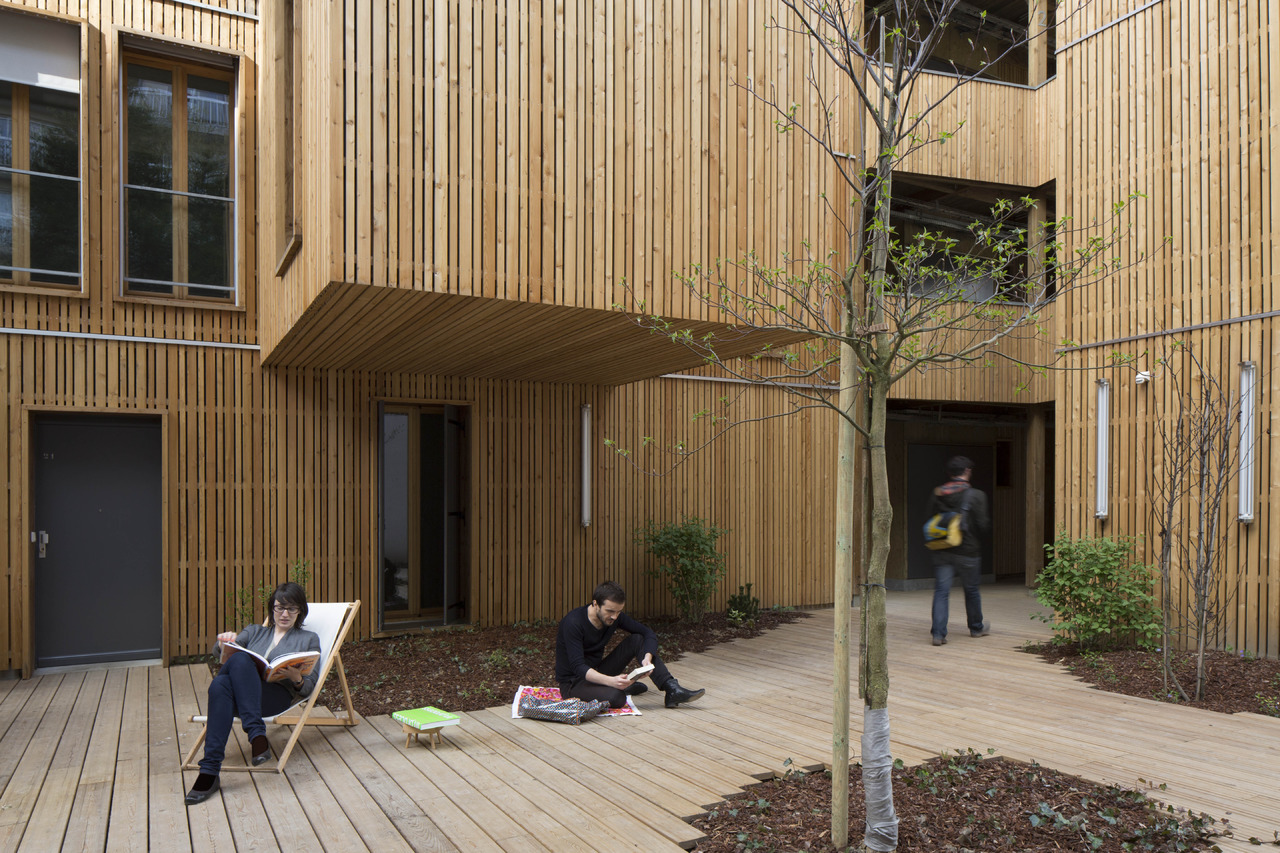 The new volumes, which will include 15 apartments, is characterised by a construction system made entirely of wood. The vertical enclosures are made of lightweight prefabricated frames and composed of fir tree mullions and LVL transoms as a reinforcement against horizontal loads. A further stiffening layer is guaranteed by OSB panels installed on the external side, sometimes replaces by thin LVL panels which acts like a diaphragm providing a bracing function.

The modules are subsequently transported on site without thermal insulation and without finishes in order to optimise their transportation and to facilitate the site operations. Once installed on site, these are connected via metal joints and the voids are filled with mineral wool insulating panels. Another wood fibre high density insulating layer has been inserted externally in order to reduce to a minimum the structural thermal breaks of the building. The floors’ structure has been entirely created with components made of LVL, which is a wood base product, stable and very durable and capable of giving to the structure a considerable robustness despite its slender elements. 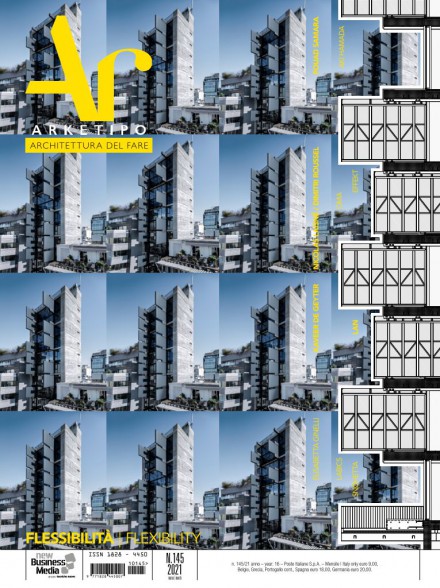