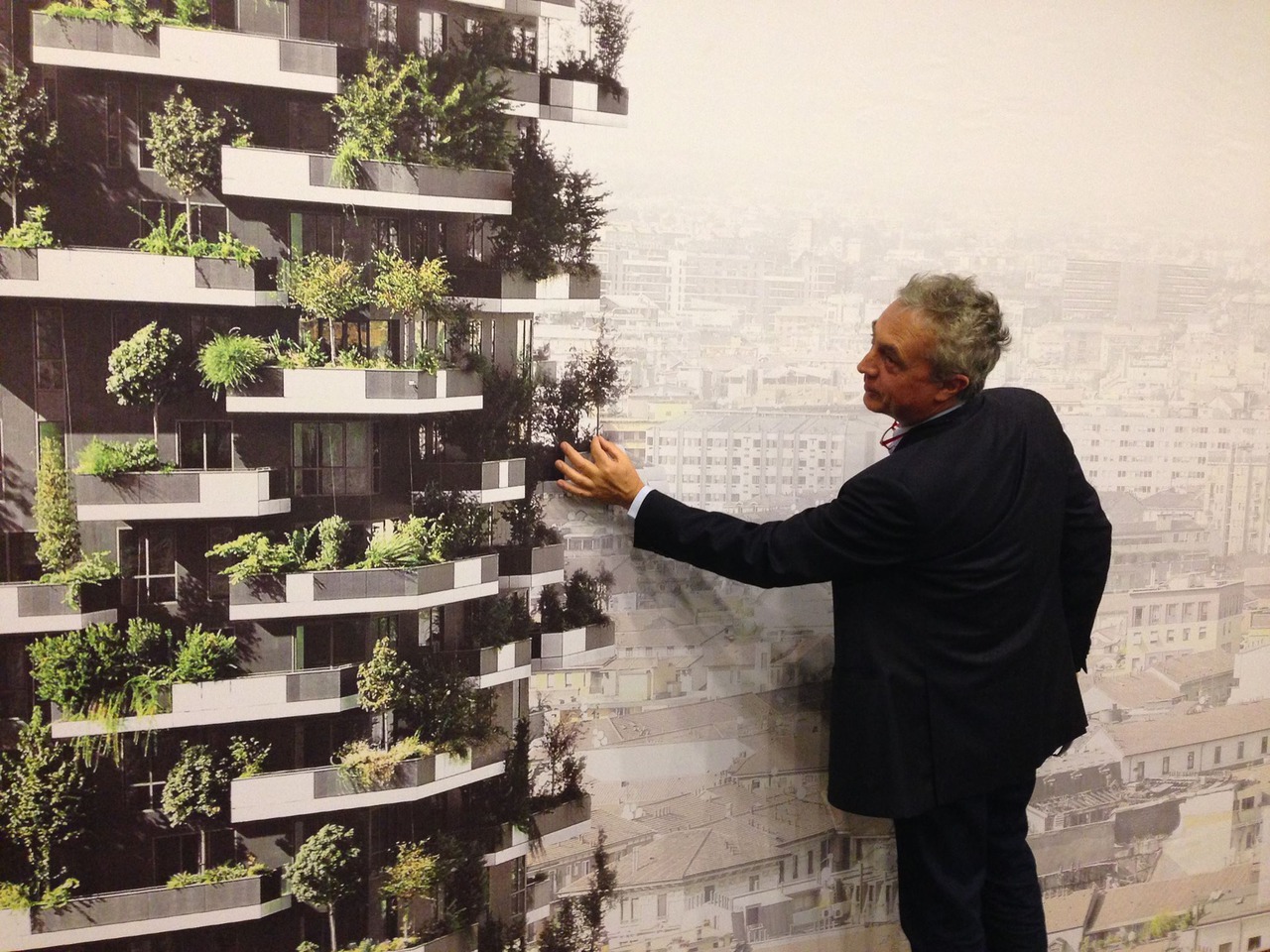 The Bosco Verticale is an innovative project because it has found a way to regenerate the environment and biodiversity in urban Milan. Built between 2009 and 2014, the project includes two towers, 110 and 80 metres high, that stand on Via De Castillia and Via Confalonieri, respectively. They overlook the large public park called “Giardini di Porta Nuova”, also including the “Giardino De Castillia”.

Designed by Boeri Studio, these two towers were conceived to increase the prestige of the city of Milan in aesthetic terms, but above all to improve its performance in terms of environmental sustainability and well-being. The mix of architectural design and technological devices ensures the best possible performance in environmental terms, reducing temperature fluctuations, contributing to oxygen production and ensuring a significant uptake of fine dust.

The entrance lobbies feature large windows that blend with the greenery of the Giardino De Castillia on the outside. The two buildings offer a wide choice of sizes and finishes: the flats open out onto spectacular views, and can satisfy every need, ranging from compact, functional two-roomed flats measuring 60 square metres to penthouse and duplex flats of up to 495 square metres. The terraces also offer residents outstanding views over the city of Milan and provide more than 1,000 specimens of trees, small bushes and flowering plants, creating a landscape with highly-impressive hanging gardens.

As for the Bosco Verticale greenery project, Boeri Studio worked in collaboration with Emanuela Borio and Laura Gatti. Dolce Vita Homes, along with their associates Antonio Citterio Patricia Viel and Partners and Coima Image, supervised the creation of the common areas and the interior; while Land was the designer of the green spaces and the Giardino De Castillia.

The Bosco Verticale was also awarded the “International Highrise Award”, which is sponsored by the Museum of Architecture in Frankfurt and presented every two years to the world's most beautiful and innovative tall building.