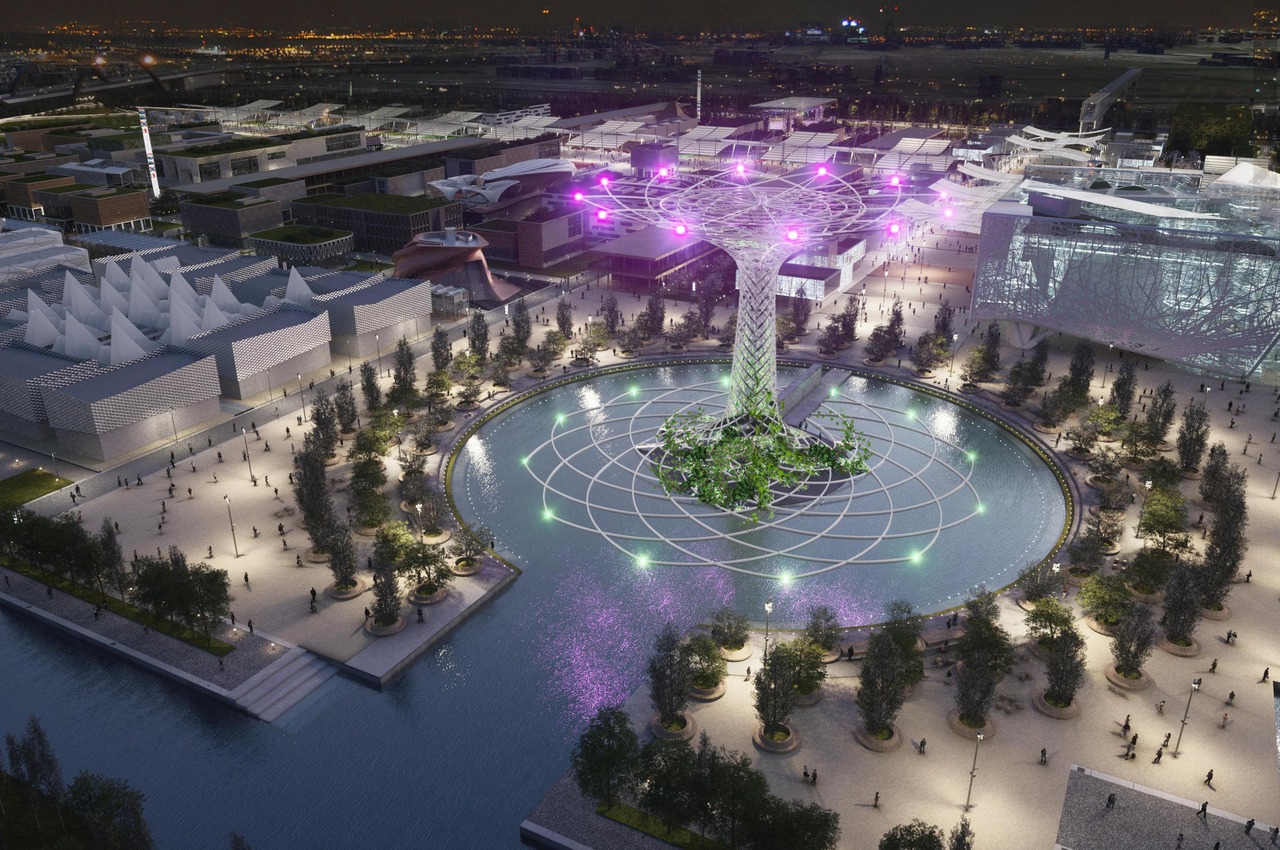 Created by Marco Balich, the Tree of Life, a symbol of the Italian Pavilion at Expo 2015, is almost in place. Over the past few days its wooden foliage, 45 metres in breadth, was mounted on the steel trunk. In less than two hours its 70-tonne foliage was hoisted into position by two winches connected to 300 metres of steel cable.

The 37-metre tree stands proud in front of Palazzo Italia at the end of the Cardo street system and throws back its mirror image in the waters of Lake Arena. 90 tonnes of wood and 150 tonnes of steel were used for its construction. Seven kilometres of LED highlights will also be installed to light up the shows (the 6 months of Expo are said to be animated by 1,260 events) and create special effects. Vegetation and any necessary equipment or devices will be positioned on the foliage and the trunk over the next few days. Expo's highest construction was built free of cost by a consortium of local business baptised Orgoglio Brescia and set up specially for the purpose. As was originally intended by its Italian creator Balich, the tree will be a landmark in this universal exhibition; not only a meeting place to socialise and relax but it will also fulfil another function: that of being an interactive space from which all events from the Italian Pavilion will start. When developing his design project, Marco Balich drew inspiration from the complex lines of Piazza del Campidoglio in Rome, commissioned to Michelangelo in 1534. The diamond-shaped paving design which dies in a twelve-pointed star (like the constellations) is echoed in the Tree's interlaced branches and roots, thus epitomising future growth and innovation sinking their roots in the precious past of Renaissance Italy. The concept belongs to the Architectural Firm Studio Gioforma.