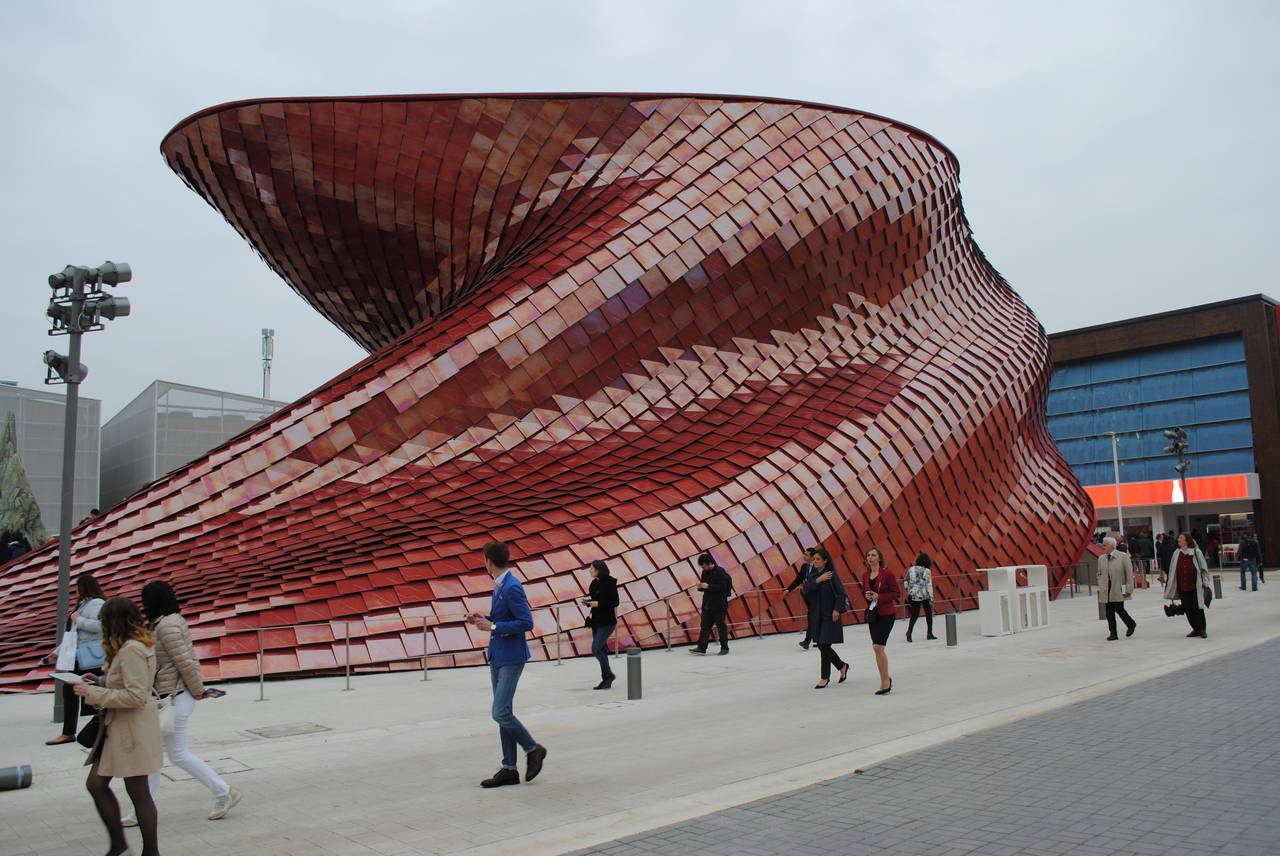 It was the first pavilion to be officially presented to Expo 2015. Developed by the architecture firm of Daniel Libeskind, the Vanke Pavilion captures the attention of visitors due to its unique red color. It is located in a strategic position, near the Lake Arena and not far from Palazzo Italy, and it has a strong figurative value with the idea of Daniel Libeskind who wanted to explore the canons of parametric, developing an organic form 12 meters high and extended on 578 square meters. The theme of Expo was treated by the US with a review of the dining room Community Chinese, Shitang. The property is on three levels inside and on top it was built a special green terrace from which you can admire the "view" of the exhibition site.
The real estate company China Vanke, listed on the Shenzhen Stock Exchange with a turnover of $ 2.3 billion, has been entrusted to the study Libeskind to build an innovative space and of great impact. The exterior, made up of 4,200 sheets red, is not the only special feature of the Pavilion. The interior space, infact, contains a three-dimensional structure in bamboo, consisting of approximately 8,000 meters of pipes, outlining an exhibition enriched with 300 LCD screens that transmit images and ideas of Chinese culinary customs and objects of traditional use.

Technology Focus
The three-dimensional slabs in porcelain tiles, chosen for the pavilion Vanke coloring red lacquer, are part of the new series Fractile, designed by Daniel Libeskind for Casalgrande Padana. The search path between the architect and the company began with the development of coatings for the façade of City Life residences in Milan. The specific solution adopted for the finishing coat of enamel slabs series Fractile creates an original geometric design in relief capable of donating a sensation of continuous movement. The slabs are characterized by a dynamic three-dimensional pattern accentuated from the surface with veiling metallescent able to decompose and recompose in multiple lighting effects. To get the iridescent finish, the plates (60 x 120 cm, then cut into 60 x 60) are subjected to an industrial process of glazing and firing at 1,250 ° C, using mixtures of clay, quartz and feldspar, along with metallic glazes saturated oxides. 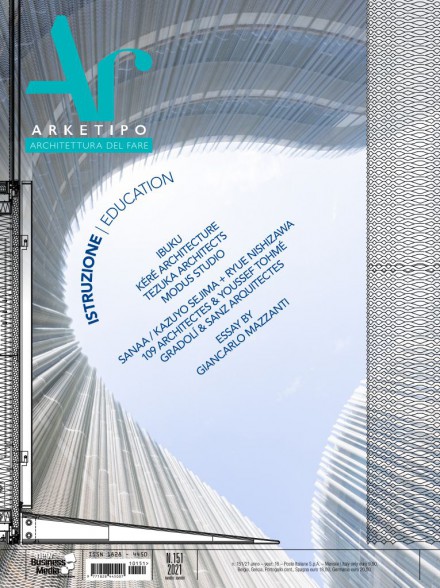