It was 30 years ago when Venice's oldest municipality was ravished by a tragic fire. The flames ripped through the Palazzo di Vigonovo (locally known as the "Campiello" in the old town of Vigonovo), leaving very little remains of the historical establishment. The site of the building was once the source of archaeological and historical writings of the Greeks and Romans during the first century BC, then during the late-seventeenth-century the great Campiello was built.

Today, after a three year renovation to restore and re-invent the complex, the stunning new Corten steel facade created by art historian Philippe Daverio and artist Giorgio Milani is a bold approach to re-introducing the Campiello to the world.
Local architecture firm 3ndy Studio oversaw the project with the task of re-constructing the old facade and re-building what was lost with contemporary language. While 3ndy Studio was designing the overall center, Artist Giorgio Milani was contracted to create a bold and artistic facade. After a tedious artistic process.

The new building consists of two separate structural blocks which are centrally connected through the grand facade. The existing facade was sequence of elegant mullioned windows on the first floor and a thick battlements crowning. 3ndy Studio restored the facade back to its near-original architectural state, but Milani filled in the facade with an artistic exploration of poetry and Corten steel.
The new facade faithfully follows the rhythm, proportions and modularity of the old one. Milani worked closely with respected art historian Philippe Daverio to design the front and keep the integrity of the buildings historic roots. After meticulously hand drawing the pattern, Milani laser engraved more than 15.000 letters.

The Corten units are composed of letters and symbols specifically chosen by the Milani, according to the building's seventeenth-century origins (year in which it was built building) and their capacity to aesthetic, balancing "thanks and sticks."

About light system: the LED light source is embedded inside the corten façade, hidden inside the sandwich panels. At night, the work is revealed through the light that filters from the panels highlighting the verses.
The LED system is used also for the external light of the Palace and for the garden: was used in LED lighting strips embedded in niches at the floor, that lights the decorative elements such as the bench, brick walls, trees, etc.. To light the "rose garden" were used LED spotlights.
The fence that enclosed the square to the south and east has been replaced with a new one made of face brick, with a thickness of 12 cm in some places is formed by a double wall. The inner has a pattern of bricks as to leave spaces between them: thanks to the lighting inserted in the cavity between the walls, these spaces create a "cascade of light."
It is therefore an illumination system with a very low energy consumption. The “corten façade” requires 1 kW of current to be illuminated, while the entire complex of Campiello consume 400 watts. 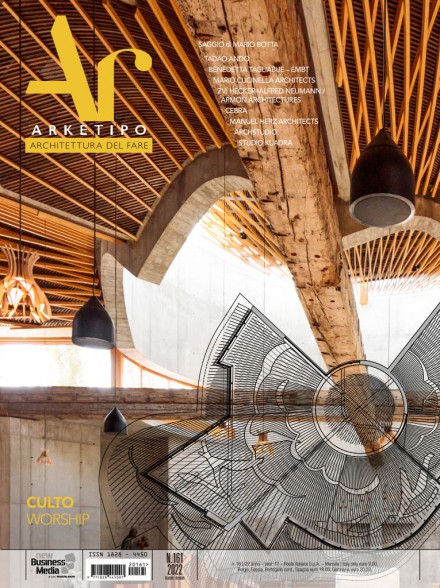 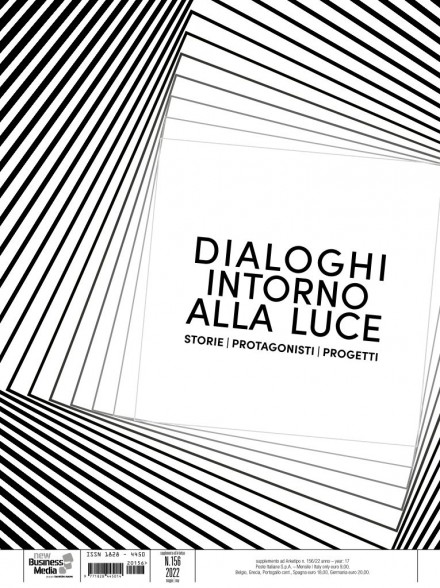