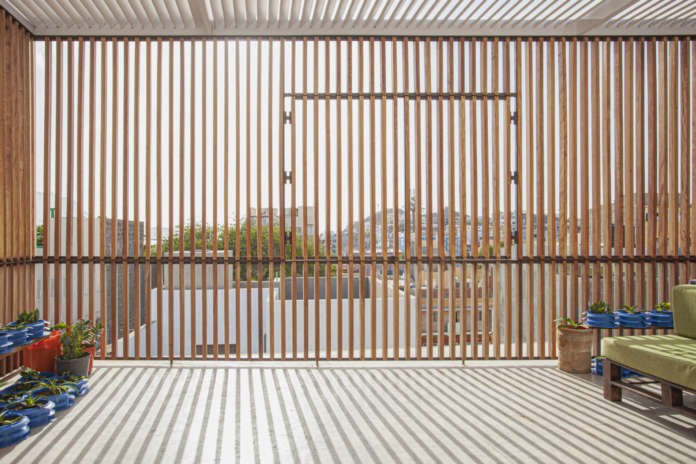 Located in the historic district of Mindelo in Cabo Verde’s São Vicente island, the Casa d’Poço, Heim Balp Architekten's latest completion, reflects the Berlin-based practice’s sensitivity to local cultures as a means to foster a sense of community through architecture. Through their signature use of the hybrid façade, Heim Balp Architekten refer to both the aesthetics and the materials that characterize Cabo Verde’s distinct cultural identity and natural assets, all-the-while conceiving a versatile space, at once public and private, bringing together the residential, the cultural, and hospitality.

Intent on retaining a contextual essence, local cultures continuously guide the structural, material and aesthetic choices in Heim Balp’s designs - an engagement perceptible in notable projects such as their Carrer de la Diputació and de Nàpols urban infills in Barcelona, nourished by the city’s distinct architectural language, or their ongoing restoration of the relinquished Lindower Straße factory complex, a mirror onto Berlin’s industrial past. At the Casa d’Poço, the façade of the five-storey building acts as a reflection onto the archipelago’s São Vicente and Santo Antão islands and their distinct cultural and environmental markers. A response to São Vicente’s notable stone-dominated architecture, the street-facing side is clad with three-dimensional wooden shades as a warmer, more welcoming alternative, one in touch with the island’s reputation as the beating heart of the annual Carnival. The hybrid panels, made of Mahogany wood, provide shaded protection from the sun and heat. 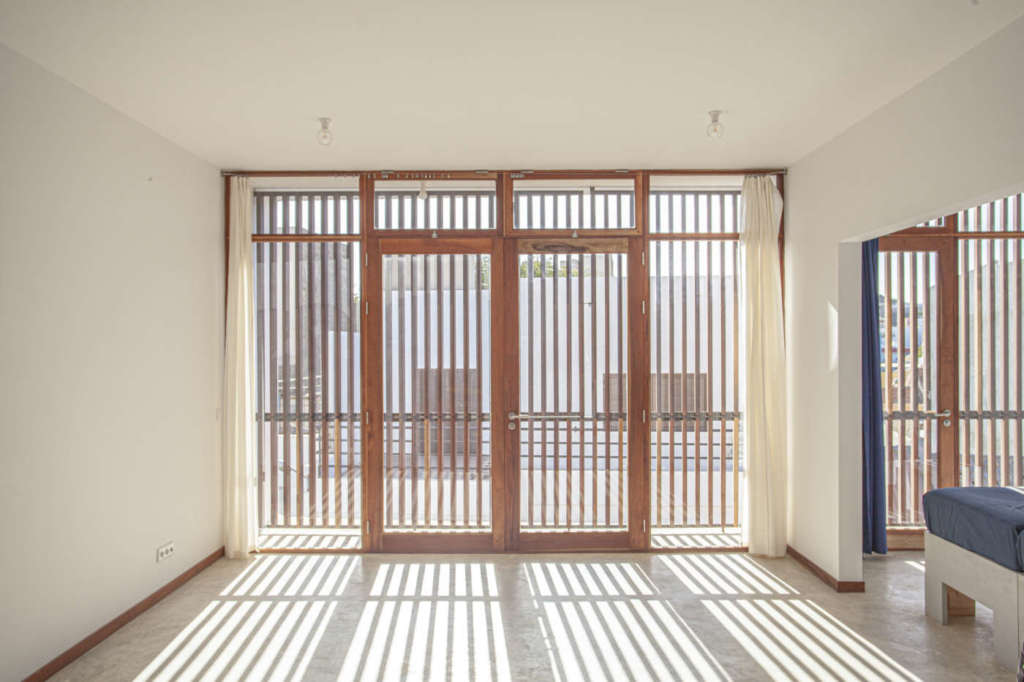 Alternatively open and shut, a musicality emanates from the vertical shutters as they become the shifting background and scenery of the Carnival, echoing the constantly changing and vivacious costumes of the performers that inhabit the streets. The rear façade, fixed with cascading terraces, opening up the courtyard below, calls to the farming landscape of the neighboring Santo Antão island and its galloping mountains. Endowed with an abounding nature, the result of a humid climate that opposes that of São Vicente, the island’s hills are punctuated with overlaying plateaus, forming basins that collect water from the heavy rains. In a refreshing homage to this system, the Casa d’Poço’s interior terraces hold overflowing pots of whispering wheat and maize; flood-like rainfall pours down onto these balconies and the courtyard nestled in the garden. Collected in a cistern, the water is also used to grow plants in drier seasons. 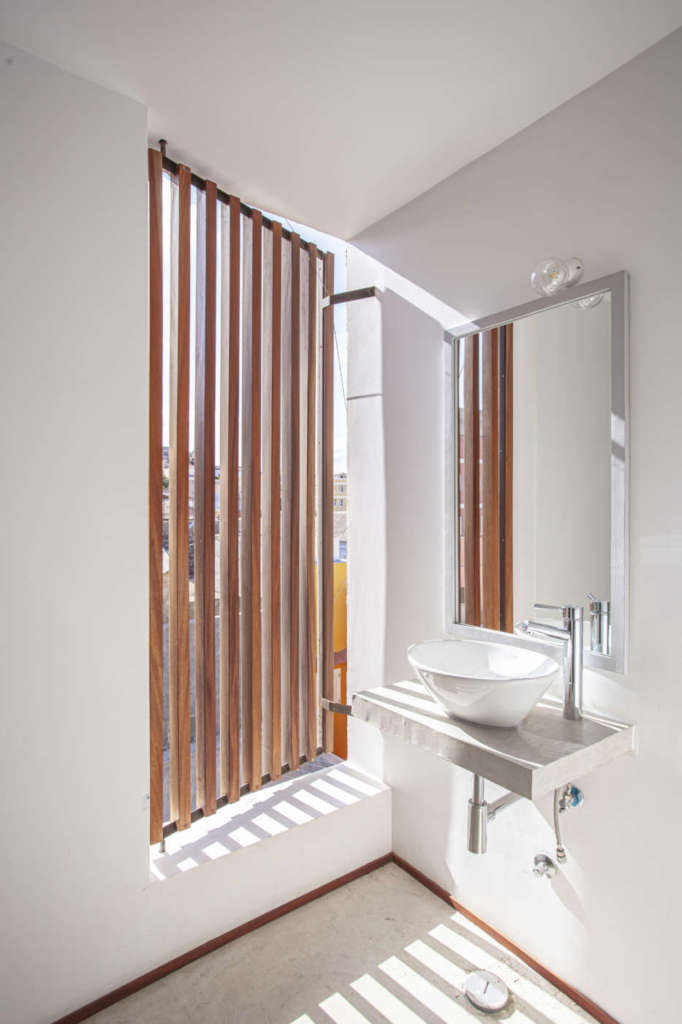 Bringing together São Vicente’s urban touch and Santo Antão’s greenery, the design furthers its dialogue with Cabo Verde’s cultural and natural traits through other structural choices. The island’s imposing sun grows into a valuable resource as it illuminates the solar panels laid across the flat roof and which power the space. The windowless vertical tower at the side of the building, which encloses the stairs connecting the five floors, is set in plaster, an inexpensive and common material on the island. As it enters from the bottom entrance, wind is channeled upwards through it and used to refresh the various floors before exiting at the seam - another recurring practice in Cabo Verdean structures.
Reflecting this structural hybridity, the building’s function is widely versatile, bringing together cultural, residential and hospitality spaces. While the bottom floor houses a gallery space, open to local cultural events, the upper floors welcome a diversity of inhabitants, permanent residents and temporary travelers alike. Coming together in the interior courtyard, where a communal exterior kitchen and long benches are towered by the lush balconies, all occupants gather in this sheltered space, tucked away from the street, yet deeply connected to it. At the Casa d’Poço, public and private communicate as do nature and culture, all hailing their profound Cabo Verdean identity as cultivating a profound sense of community.

Describing the project, Heim Balp Architekten co-founding architect Michael Heim explains: “Both in its aesthetics and in its function, the Casa d’Poço is rooted in the context which surrounds it - a widely versatile climate; a bountiful nature; a vibrant culture; all in all, a land blessed with an endless wealth. By referencing and building on these assets, the design not only celebrates, but also (re)connects locals and visitors with Cabo Verde’s nature and culture, with its identity, ultimately fostering a deep-seated sense of belonging, pride, and community”.