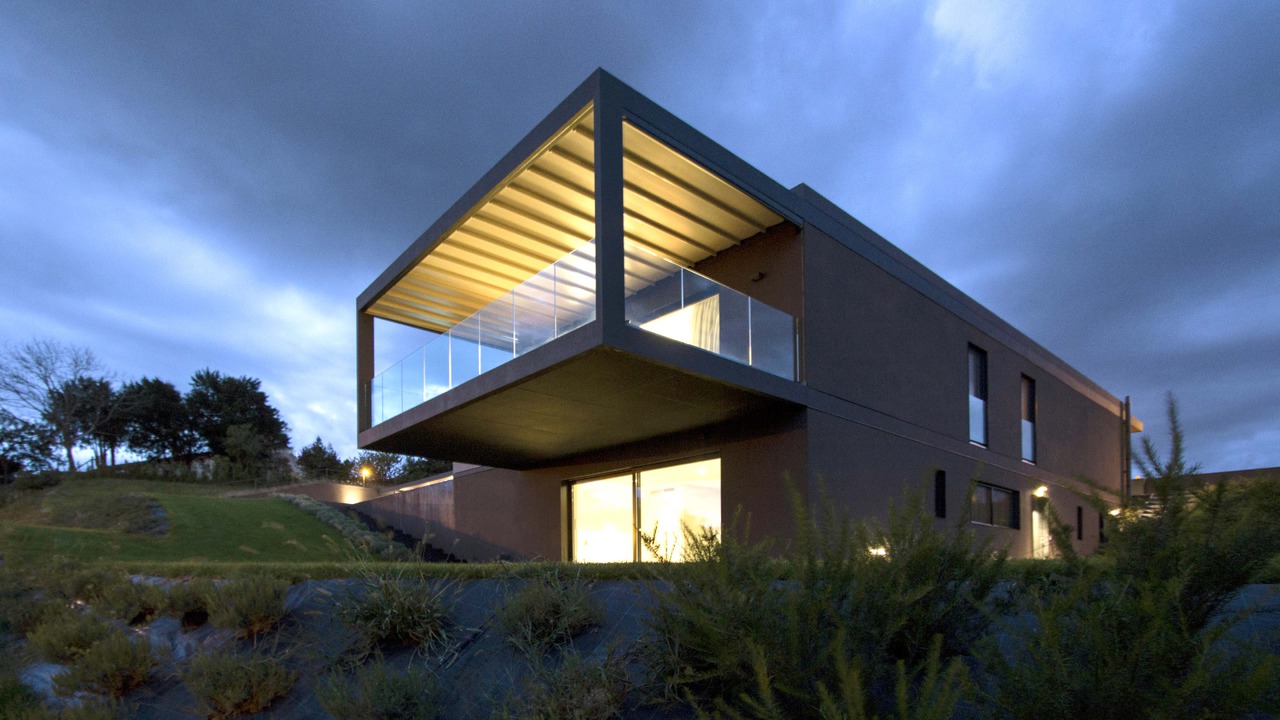 A privileged, strategic position from which the villa has a vast panoramic view southwards over the entire region of Friuli. The conformation, position and elevation of the land affected every aspect of the project, influencing the architectural choices made and determining the properties of the building’s wrapper, as the designer confirms: “The goal was to offer the best possible view of the beautiful landscape to the south. On the northern side, we attempted to attenuate the presence of the nearby road with smaller windows and a long row of bamboo”. The spectacular view is the key element defining the entire living area and joining the living and dining rooms, located one after the other on the longer side of the L-shaped building. On the southern side is a swimming pool, located where the two sides of the L intersect, mirroring the villa in a continuous game of perspectives and cross-references contributing to a deeper integration of the natural and the man-made. The short side, following the slope of the land, contains the bedroom area with the master bedroom, which has a large covered patio jutting out of the building and forming one of its most distinctive traits. The result is a volume characterised by simple lines, clean, elegant finishes and large transparent surfaces which transform the home into a magic lantern in its natural setting at night. The linear, compact building is covered with an earthcoloured plaster which blends in with the landscape around it. The design of the entire home is based on a skilful balance of open and closed spaces. The landscape to the south is framed by a series of large sliding doors in the living area, establishing an ongoing dialogue between inside and outside. The landscape to the south is framed by a series of large sliding doors in the living area, establishing an ongoing dialogue between inside and outside. The frames are given the difficult task of performing their assigned functions without blocking the view of the landscape. Franzolini describes his choices in this area: “For the frames in particular, given the size of the sliding doors and the importance of using lightweight frames in this building, I chose Secco Sistemi’s grey galvanised steel EBE 65 profiles, which meet the project’s functional and formal requirements perfectly”. On the whole, it is a project of great stylistic rigour which addresses the theme of exteriors and outdoor living in a number of ways, with a pergola, a patio and screening; a project in which Secco Sistemi once again confirms its ability to be a highly qualified partner for designers and architects in refined contemporary architecture projects.