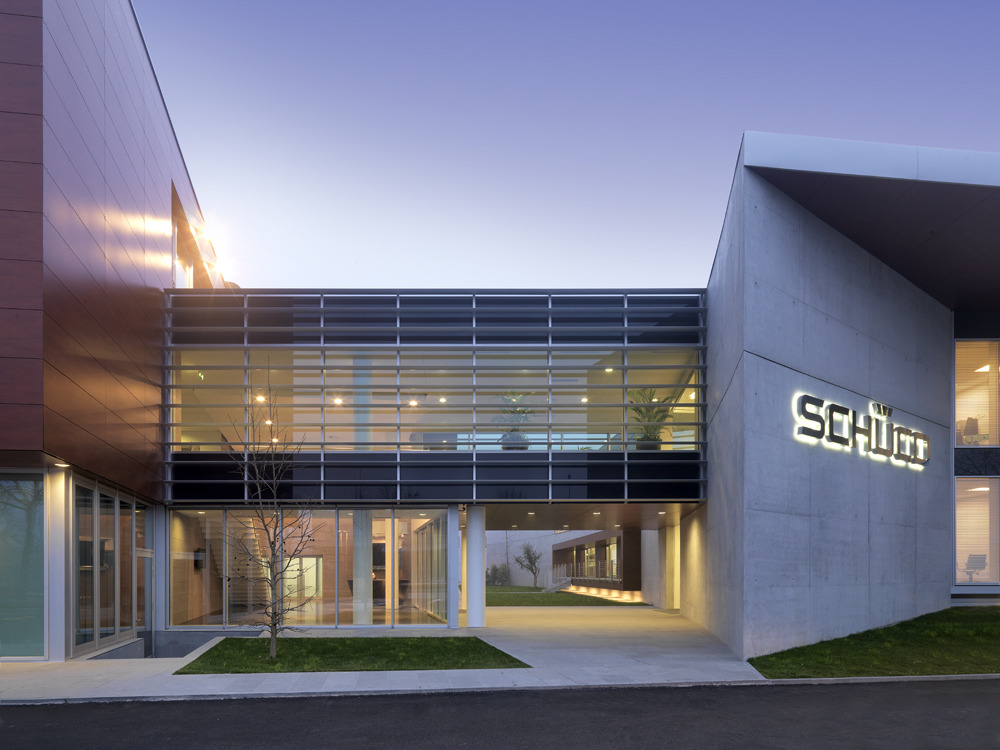 Schüco Italia contributes to about ten projects in various sites putting its technical and design expertise at Expo Milan 2015's disposal. Schüco is doing its bit by investing energy, clarity and breathtaking architectural concepts in the construction of vanguard buildings for the pleasure and astonishment of visitors to Expo 2015; this Italian engineering firm meets the highest levels of environmental sustainability, energy saving and comfort. Thanks to its own engineering services, design solutions, technical assistance and product personalisation, Schüco has managed to erect structures which correspond perfectly to the original blueprint not only in terms of appearance but also in terms of performance.

It has also made its services available in the construction of Palazzo Italia by Nemesi&Partners, a polestar of the universal exhibition; here Schüco FW 50+ façade systems have been used as part of a wholly customised version designed by Schüco Italia's laboratories and manufactured by Gualini Spa. The exterior was completed with Schüco's ADS 65 HD (Heavy Duty) aluminium door systems, specially designed to open wide and whose stability is guaranteed for extensive public use. The company is also taking part in the“Earthscreening” project which represents FIAT New Holland for sustainable and efficient agriculture; this project was thought up by an international team of the following members: Recchi Engineering (team-leader), Carlo Ratti Associati (designer), Nussli, Manens-Tifs, M. Durban and Sintecna; the project boasts three completely glazed façades decorated with photovoltaic elements, glass plates and enamelled metal inserts. For the Kuwait pavilion under the wing of Nussli Italia which collaborates with Studio Italo Rota and Progetto CMR, Schüco supplies the structures for the building exterior and the aluminium systems for doors and windows.

On the Pavilion of the United Arab Emirates, assigned to the architect Norman Foster, FW 50+ mullion and transom façade systems were used; the same systems were applied in the area dedicated to Vietnam, designed by the architect Vo Trong Nghia and assigned to Proger Italia as general contractor, and in the Pavilion of Moldavia (together with the FW 50 SG systems), created by Studio Gorgona and built by Petas (VR). In the Usa Pavilion, completely environmentally-friendly, designed by James Biber, the transparent technology which goes to make up the exterior, designed and built by Lanaro (VI) with structures resting on Schüco FW 75 AOC steel, ensures perfect permeability between outside and inside thanks to a design of even façade which pays tribute to the close relationship between architecture and the environment as promoted by the original design concept. Inside the Russia exhibition space developed by the architects Sergei Choban, Alexei Ilin and Marina Kuznetskaya from the Speech architectural firm, the broad transparent glazed surfaces manufactured by SECH Costruzioni Metalliche (TV) with structures resting on Schüco FW 50 AOC steel, allow us to shape and mould our interiors with natural light sources, thus having the double advantage of reducing artificial lighting inside the building and increasing the visitors' sense of comfort and well-being.
Lastly, the Schüco systems were used inside the 14 architectural service facilities which complete the area dedicated to Expo 2015, designed by Onesitestudio and in the construction of Expo Gate by the architectural firm Studio Scandurra.