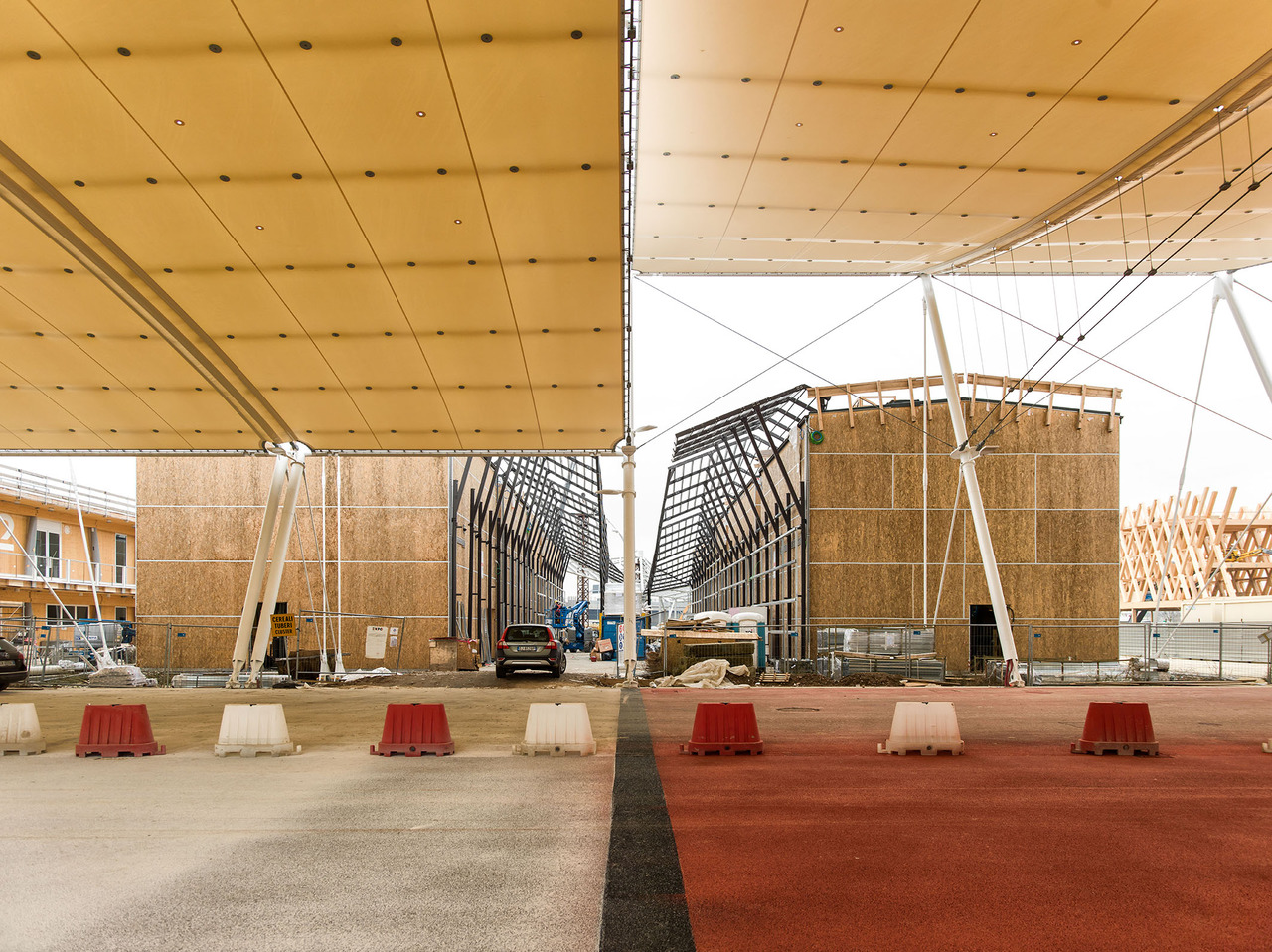 In February Rubner Objektbau, general contractor of the Rubner group, handed over the official keys of the Bio-Mediterraneum “Cluster” to the first countries, Montenegro and Malta, which can now proceed to setting themselves up inside their own dedicated pavilions. In particular, the Bio-Mediterraneum Cluster brings together those nations which have their shores on the Mediterranean Sea: Albania, Algeria, Egypt, Greece, the Lebanon, Libya, Serbia, Malta, Montenegro, Tunisia and San Marino. Apart from being some of the most distinctive exhibition spaces in Milan Expo 2015, the Cluster pavilions are also a means of uniting over 70 countries under a single roof with a joint theme and a shared architectural project. Basing themselves on a key project, the Rubner Group achieved construction of 43 structures which go to make up the Clusters dedicated to Bio-Mediterraneum, Islands, Arid Zones and Cereals and Tubers. The wooden structures were mounted in less than 2 months thanks to the efficiency of two companies in the Group: Rubner Objektbau and Rubner Holzbau, both specialised in large-scale woodwork. Each single space was personalised during the building process and bears the distinguishing marks of the part of the world it represents; there is also a multi-purpose communal area for each one.

But, apart from the Bio-Mediterraneum space, Rubner also plays a part in other construction activities: the “Food and Nutrition in the Arid Zones Cluster”, dedicated to those countries affected by desertification and dry climates (some of the countries facing such climatic problems are Eritrea, the Palestinian territories, Mauritania and Senegal); the Cluster dedicated to “Islands, Sea and Food”, which will unite all those small countries occupying islands or archipelagos with an ocean-based ecosystem whose inhabitants consume a diet which hinges on sustainably exploiting marine resources (such as Cape Verde, the Maldives, the Comoros and the Caribbean Countries); the Cluster of “Cereals and Tubers”, a depiction of a valley taking us on a trip through the cereals and tubers of the world (Bolivia, Haiti, Mozambique, Togo, the Congo and Zimbabwe will be just some of the countries which will be illustrating the economy behind their agricultural produce).